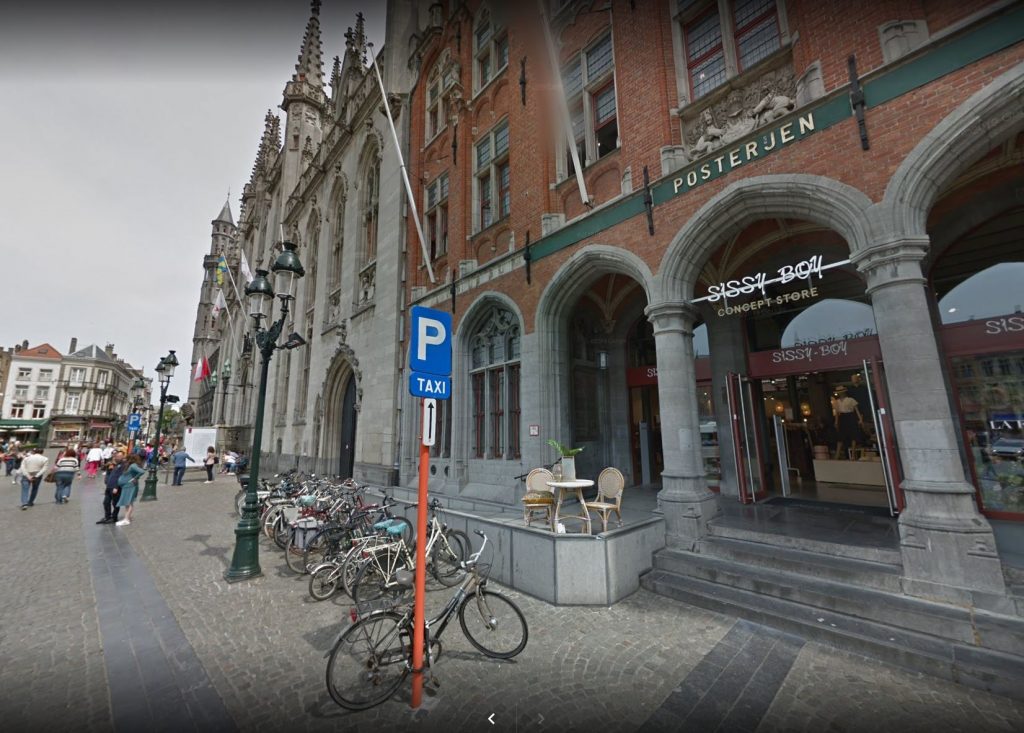 A remarkable change of view on the Markt in Bruges, where the Dutch clothing chain Sissy-Boy will leave the old post office building at the end of June. The vacant trading space on the corner with the Breidelstraat will be occupied by Medi-Market, which offer health and care products.

The former post office building, from 1891 by city architect Louis Delacenserie, will be occupied by Medi-Market in mid-July.

Some people oppose the arrival of Medi-Market. According to group leader of the political party Vlaams Belang Brugge, Stefaan Sintobin, the arrival of the parapharmacy chain leads to unfair competition not only with the independent pharmacies in the area, but also with pharmacies throughout Bruges. “And just as this was the case with Sissy-Boy at the Markt and McDonalds in the Steentstraat, we believe that such a case does not belong in a historical and protected monument”, says Sintobin. “This goes completely against the vision that the centre manager has written down in the recent ‘retail and hospitality plan’, which was approved at the last city council.”

According to the city it is very difficult. “We also had little to say about McDonald’s and Kruidvat”